Larry Albright is in his sixteenth 17th year as a diving coach and in his ninth season as the Head Diving Coach for the Golden Grizzlies men’s & women’s dive team at Oakland University after joining the program in 2006. Albright arrived at Oakland after a three-year stint as a club coach for Starz Diving in Indianapolis where he worked with John Wingfield, the USA national team coach/director. In 2014 and again in 2015, Albright earned Horizon League Women’s Diving Coach of the Year honors after mentoring Tricia Grant to stellar junior and senior campaigns, respectively. Grant became the first diver in Horizon League history to advance to the NCAA Championships in 2014, where she finished 31st on the 1-meter board and 25th on the 3-meter. In 2012-13, Albright tutored Grant to a 13th place finish on the 1-meter board and a 15th place finish on the 3-meter board at the NCAA Zone C Regionals. He coached and administered the Starz Diving Satellite Program and was responsible for coaching the techniques and mechanics of diving while also overseeing the strength and conditioning component of the program. Albright also served as the head diving coach at Franklin Community High School for both the boys and girls programs. A native of Walled Lake, Michigan, Albright has also coached diving at his high school alma mater, Walled Lake Central. He has also worked with former Oakland diver and coach Buck Smith, who is now the head diving coach at Eastern Michigan and head coach of the highly successful Legacy Diving Eastern Program. During his time in the coaching ranks he has coached five high school All-Americans, six state champions, 12 all-state performers and 5 regional champions. 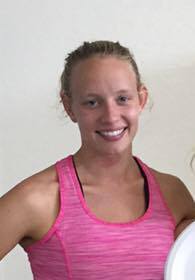 Tricia is from West Bloomfield, MI and became affiliated with the Legacy Diving program through her participation as a legacy diver in 2009. Before her time as a Legacy coach, she set records at West Bloomfield High School and several high schools in Oakland County. Tricia was accepted to Oakland University on a full ride and dove as a member of the varsity team all 4 years. She graduated in 2015 with her Bachelors of Science and is currently working on her PhD in Physical Therapy. As a freshman, Tricia was a NCAA Division 1 Zone qualifier on both 1 meter and 3 meter. She also claimed the Summit League Champion title on 3 meter. Sophomore year she went on to final at Zones, won both the 1 and 3 meter boards at the League Championships and broke the Summit League record on 3 meter. Junior year, Tricia became the first diver in OU’s Division 1 history to qualify for NCAA Division 1 Nationals. She also became the Horizon League Champion on 1 and 3 meter and the first female diver in the Horizon League to ever qualify for NCAA Nationals. Tricia’s elite experience in the sport has molded her into a relatable and yet highly successful coach for all age groups that participate in the Legacy program. 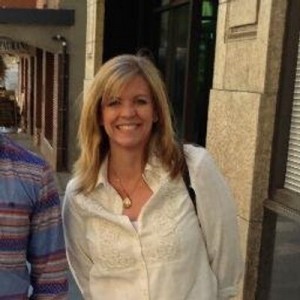 Carla was an AAU age group diver and moved on to dive for Eastern Michigan University under Mike Lyden. She broke EMU’s three meter school record, placed in the finals for several MAC championships and competed at NCAA’s. Carla’s favorite days of training came one summer in Mission Viejo California where she trained with Greg Louganis and the Mission Viejo Nadadores. She recalls the amazing talent Greg had and the incredible work ethic he set forth for the team. Carla’s coaching experience has included coaching for the Ann Arbor, Ypsilanti, Sterling Heights and Rochester school districts. She’s had many divers compete at State Meet including several qualifying for finals. Carla has been with Legacy Diving for the last 6 years. She is passionate for the sport of diving. She is an enthusiastic and energetic coach and we are happy to have her as part of our Legacy Coaching staff! 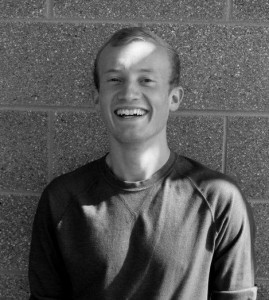 Stirling is from Fishers, Indiana and became affiliated with the Legacy Diving program through his participation as a diver for Oakland University, under the instruction of Larry Albright. Before his time as a Legacy coach he coached for the Fishers Diving Club in the Indianapolis area. He is a student at Oakland University studying in the business field, specifically majoring in Human Resource Management. Stirling is starting his 2nd year as an OU Diver. As a freshman, Stirling was a NCAA Division 1 Zone qualifier on both 1 meter and 3 meter. He was also a Finalist at the Horizon League Championship on both 1 meter and 3 meter with a 3rd place finish on 1 meter and 6th on 3 meter. Stirling is a very driven student, athlete and coach. He increased his score by about 100 points from the start of the season to the end of the season. Stirling is a great asset to our Legacy Diving program.